Skip to content
You are here:Home-AFT-Dynamic Analysis of Gas and Steam Piping Systems

Why Engineers worry about rapid transients in Gas and Steam Piping systems? What are the concerns or issues can arise if these transient events happen in the piping system?

How should an engineer understand and analyze these transients? What could be the appropriate solution or mitigation strategies to these events?

These are the typical questions which may arise in an Engineer’s mind when any work starts on designing piping systems conveying high pressure fluids. Sometimes we also refer to this analysis with term Dynamic simulation. Changes which are happening in the systems in very small fraction of time (milliseconds to seconds) are called instantaneous hydraulic transients or fast transients. These changes may happen due to –

Dynamic analysis of piping system includes the study of hydraulic transients, their effects on systems in terms of pressure and unbalanced forces; followed by adopting the strategies to mitigate transients. Dynamic analysis for incompressible flow (water, oil, cryogens, hydrocarbons) are comparatively less complex due to no effect on density changes with time & pressure variation.

However, complexity of calculations increases multifold when we have the compressible fluids (gases and steam).  Major parameters like Pressure, Flow Rate, Density changes frequently at every time step of dynamic analysis along with the changes in critical parameters including Mach Number, Enthalpy and Temperature of the fluid flowing through the pipe. These parameters vary not only at inlet and outlet; however, they should be calculated in between pipe also at various number of stations. 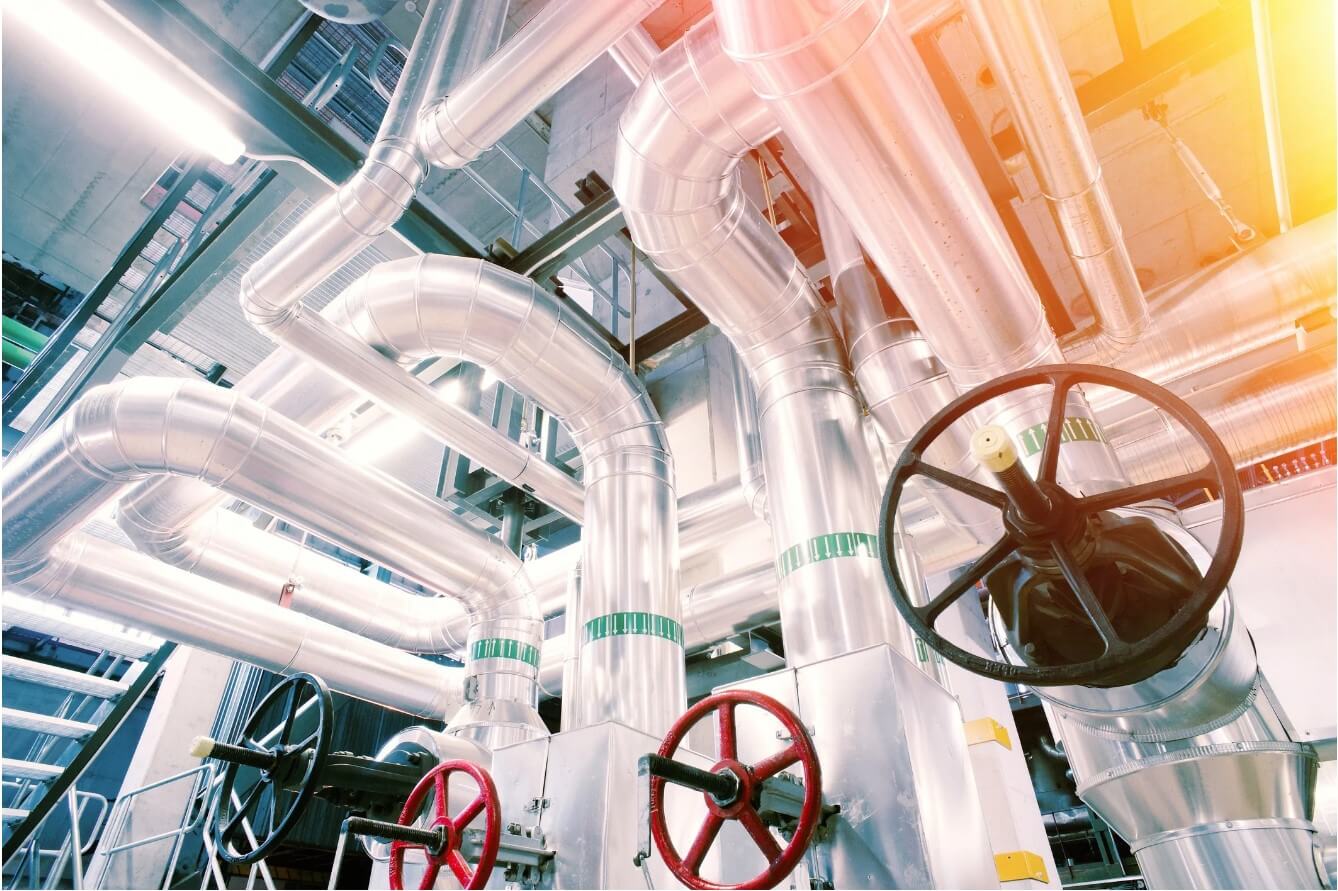 Complexity reaches to next level with inclusion of Heat transfer through pipes. To address all these concerns and to perform these transient calculations accurately, Engineers at Applied Flow Technology, USA developed a robust tool named AFT xStream, launched in April this year.

What is AFT xStream?

AFT xStream is a visual platform for modelling compressible fluid transients in pipe networks. xStream uses Method of Characteristics for transient along with an inbuilt Steady state solver. xStream can capture the propagation of pressure wave and flow based on wave speed of fluid in pipe. Unlike most of the software tools available in the market which oversimplifies the assumptions for compressible flow like Isothermal flow, xStream precisely calculates all the parameters by solving all governing equations.

Typical Applications of AFT xStream include –

If you have already used AFT Fathom / Arrow / Impulse software earlier, then you must be aware of different input windows for System (Fluid) Properties; Steady State Solution control (Tolerance, relaxation, solution method & matrix method); Transient Control; Pipe sectioning; Pipe Forces and other General Inputs. AFT xStream is has brough all these things to one common place named ‘Analysis Setup’ window which gives better understanding and control over input settings. This is one of the best updates, I came across and it is expected to come up in upcoming versions of Fathom, Arrow, and Impulse also.

Let’s discuss about below high-pressure steam system piping having two turbines which are simultaneously valved shut at individual headers. Initially flow rate of 62.75 Kg/sec was flowing to both turbines from the source at 16.75 MPa (167 Bar) and 570 ‘C. Which was brought down to 0 Kg/sec in 0.25 and0.5 seconds (2 scenarios) at both turbines simultaneously. 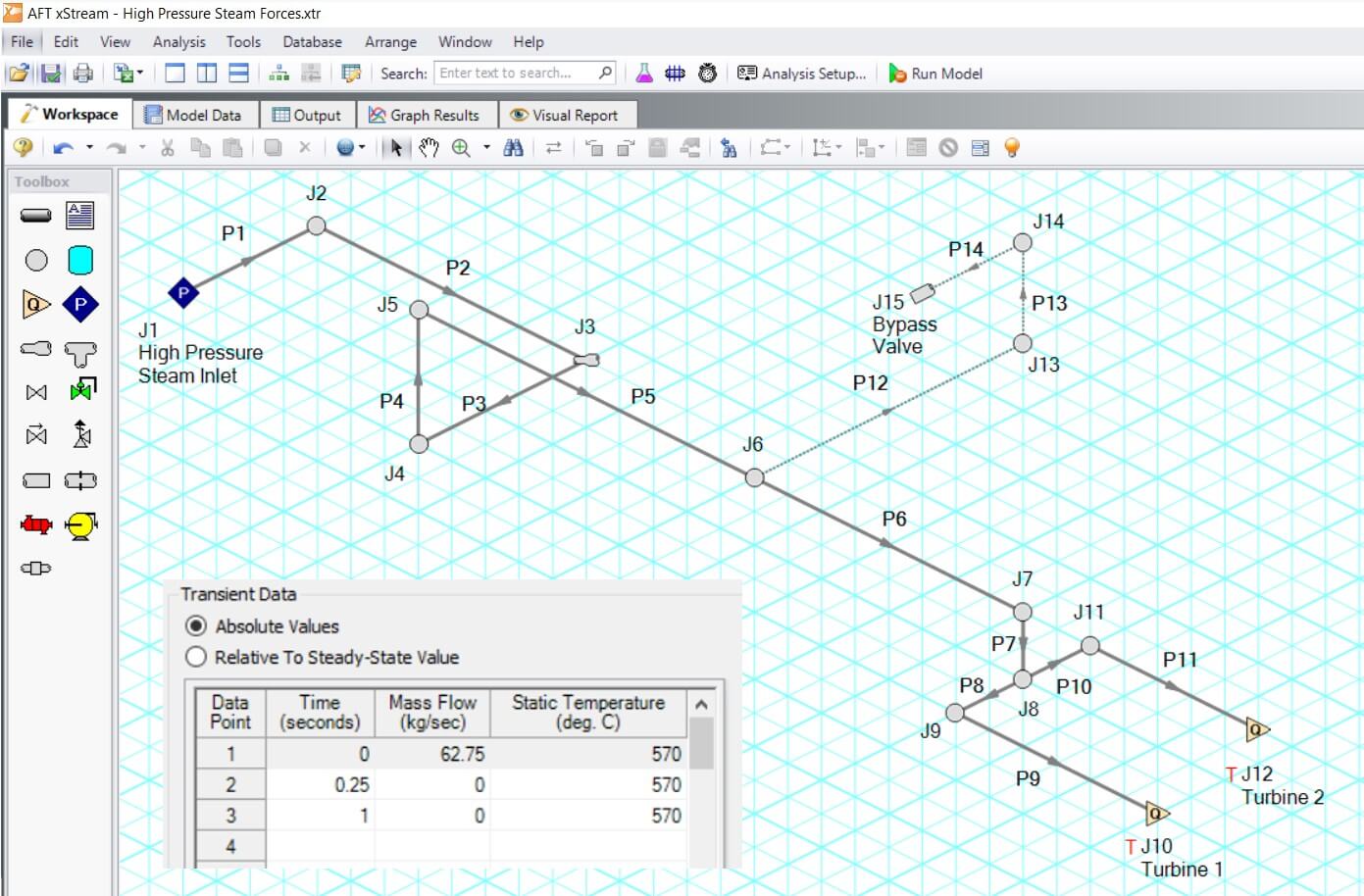 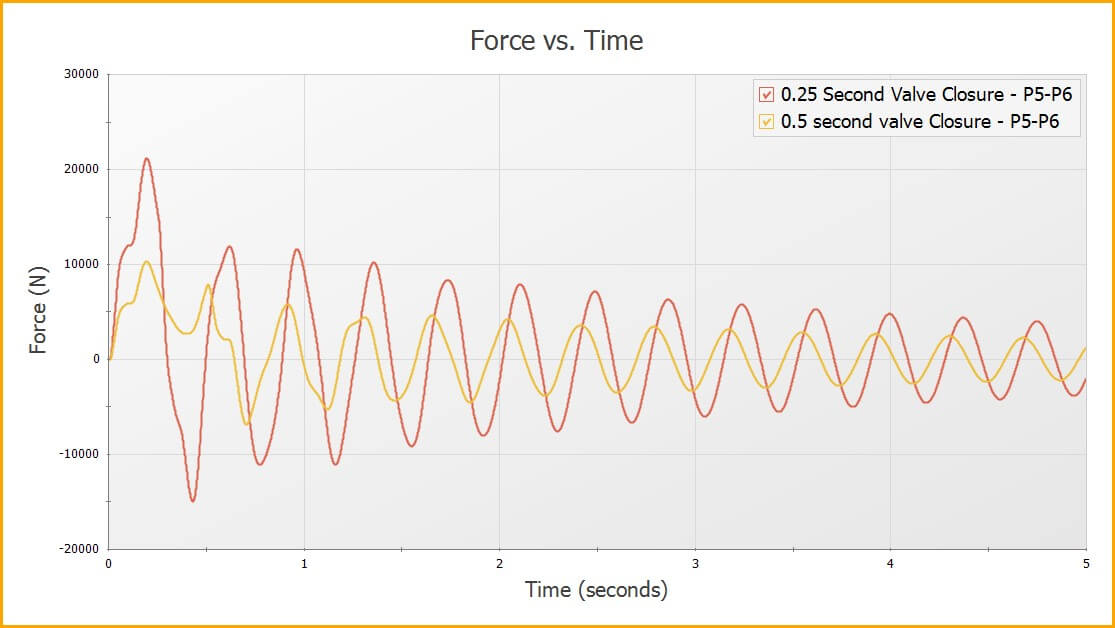 By performing transient analysis engineers can find out the minimum time required for valve closure, this will prevent rapid pressure surges and transient forces on piping. From AFT xStream these forces can be further exported to Pipe Stress Analysis software tool like Hexagon CAESAR-II and other for dynamic stress analysis (time history and spectral analysis). There is an interface available in both AFT xStream as well as CAESAR-II for exporting forces to CAESAR-II and reading the forces file from AFT Impulse & xStream.

Taking it to one step further, there is an add-on module also developed ‘Pulsation Frequency Analysis (PFA) for AFT xStream, which helps identify and avoid resonant frequencies in systems, especially in those caused by reciprocating compressors.

You can find more details about AFT xStream here. If you would like to know more in detail, please feel to Contact ImageGrafix