The purpose of the article is to discuss brief review about requirements of the design of foundation for static equipments which are there in almost all major industries. Almost all engineering projects require software platforms for finalising designs is the situation in projects in the fields of power plants, pharmaceuticals, food and beverage and many more.

With this literature review a detailed practical example of how to carry out foundation design for Vessels and Heat Exchangers will be taken up in our next Webinar on August 11th. 2021, with focus on :-

From the last century the foundation project gained increasing important, settlements of the buildings or structures, bearing capacity of the soil are the two aspects must be carefully studied to avoid the risk of damage.

Thanks to the continuous development of Civil and Structural Engineering methodologies makes the design of structures progressively more safe, reliable and at the same time with reduced financial implications using application software.

The main function of foundation is to safely transfer loads from the structure constructed on it as well as its own self weight to the ground. So that the ultimate bearing capacity of the soil and the settlement of the whole structure remains within the allowable limit 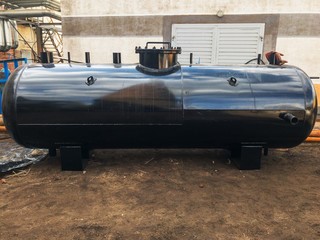 Foundation for Oil and Gas Facilities

Rotating Equipment is generally used in the oil and gas and process industries to describe mechanical components that use kinetic energy to move fluids, gases, and other process materials.

Static equipment in oil and gas facilities comprises of pressure vessels, heat exchangers, storage tanks, fired Heaters, Tanks, etc. In this article we ‘ll be seeing foundation design for static equipment. “Static equipment” in industries does not contain moving parts or whose operational characteristics are essentially static in nature. 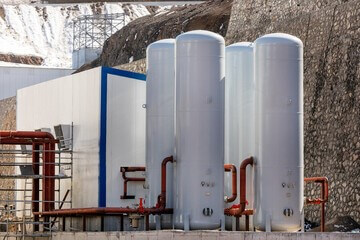 A pressure vessel (Horizontal & Vertical Pressure Vessel) is a container designed to hold fluids, i.e, gases or liquids at a pressure significantly higher or lower from the ambient pressure. The type and configuration of a foundation for equipment may be dependent on the following factors: 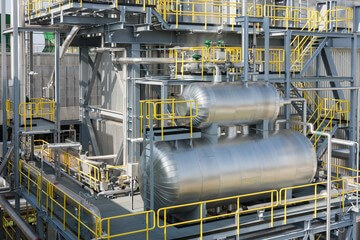 There is no industrial plant without pressure vessels, steam boilers, tanks, autoclaves, collectors, heat exchangers, pipes, etc. Horizontal equipment, typically supported on pedestals that rest on isolated footings (spread footings), strap footings, pile caps, or drilled piers. Consequently, the pedestal is the logical means of support. The configuration of pedestals varies with the type of saddles on the vessels,

Horizontal pressure vessels are generally having complex geometry comprising of various geometrical discontinuities high loading conditions and many engineers have difficulty in classifying the large number of different loadings into the standard “dead” and “live” categories. There is, therefore, a need to define additional categories of loadings and load combinations with appropriate load factors.

What Design Loads Are Considered for Foundation Design?

Dead loads, Vertical Loads (Imposed loads), horizontal loads such as wind and earthquake to subsurface soil in one of the most prime design requirements

Dead loads invariably consist of the weight of the equipment, platforms, piping, fireproofing, cladding, ducting, and other permanent attachments. There is a distinction between dead and operating loads. Designating the operating contents (liquid, granular material, etc.), of the equipment as dead loads may be inconvenient when considering the possible combinations of loads that may act concurrently, and when assigning load factors.

Live Loads Live loads also commonly include the lifted loads that are attached to the main piece of equipment, or directly to the foundation and the items it contains.

Temperature change of the equipment can produce horizontal thrusts at the tops of the supporting piers. For large piping, such forces may significantly affect the foundation design.

Wind Loads – When designing outdoor equipment foundations to be constructed most engineers will use the relevant provisions in that code for determining wind loads on equipment. Most codes, such as the older editions of the Uniform Building Code (UBC 79) specify wind pressures according to geographic area, height above grade, and equipment geometry.

Seismic Loads – Determining lateral force requirements for equipment is a challenge for non-building type structures. The applicability to equipment and nonbuilding type structures is less than clear, particularly when most of the codes use nomenclature applicable to structures rather than equipment. The performance of many types of vendor-manufactured, floor-mounted equipment (both rigid and nonrigid) in past earthquakes has demonstrated a typically high inherent strength for resisting seismic loads.

Bundle Load: Bundle pull load is applicable only to foundations supporting Heat exchangers with removable tube bundle.  It is a longitudinal force, which results from tube bundle removal operation during maintenance. It is usually assumed to be a certain percentage of the bundle weight applied as a lateral force at the centreline of the exchanger.

Thermal Loads: Thermal load is defined as load resulting from thermal expansion or contraction of the exchanger/vessel in longitudinal direction.

Piping Loads: Nozzle loads and loads due to pipe supports attached to the vessel (including loads due to thermal expansion) shall be considered in foundation design. Design engineer to coordinate with Piping/Plant Layout Group for determination of piping loads.

The information here is intended to provide general information on the topics presented. The information provided should not be used as a complete substitute for professional services. A detailed experience, codes and standard knowledge will be the better guide in carrying out for practising Engineers.